A daily diet of carbohydrates is staple for most of us. However, with diabetes now being an epidemic, studies have proven and linked other various health concerns with an unmoderated abundance of sugar in our diets.

Sugar Down is our passion and preventive answer to the growing sugar problem. Avoiding possible health concerns, it specially regulates blood sugar levels to our body’s normal range.

An all-natural combination of Serpentina, Bitter melon, and Cinnamon, it is perfect for diabetics, prediabetics, and health-conscious individuals. 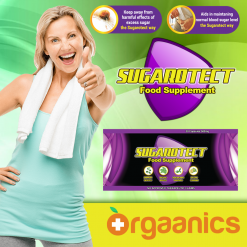