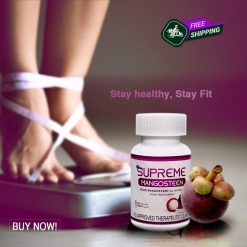 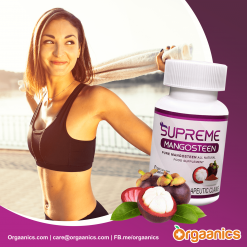 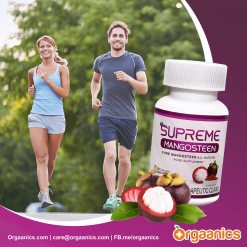 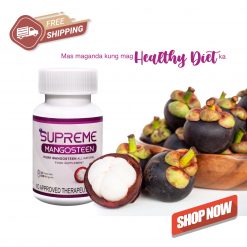 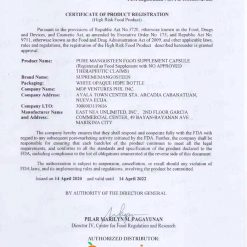 Supreme Mangosteen (Garcinia mangostana) is made naturally from a tropical fruit said to offer a number of health benefits. Often touted for its antioxidant effects, mangosteen is sometimes referred to as a “superfruit.”

Mangosteen rind has been used for medicinal purposes for generations. Supreme Mangosteen can also help conditions including acne, arthritis, cancer, diabetes, and may promote healthy skin and weight loss.

Also referred to as the Queen of Fruits, and the Food of the Gods, Mangosteen is the sweet and tangy fruit grown in various parts of South-East Asia. It also happens to be the national fruit of Thailand. Purple in color, the fruit has a white fleshy pulp, segmented with seeds. While the scientific name of the fruit is Garcinia mangostana, in a varied country like India, the much-loved fruit is popular and consumed under the names of Mangustan (Hindi), Kaattampi (Malayalam), Kokam (Marathi), Hannu (Kannada) and Kao (Bengali). The tropical fruit has won the fancy of many chefs and home cooks for its refreshingly tangy flavor, including that of Queen Victoria of Britain. Legend has it that Queen Victoria had kept a reward price of 100 pounds sterling to whosoever would bring her the fresh purple mangosteen.

On the other hand, the mangosteen fruit was banned by the U.S for apparently harboring ‘Asian flies’. The ban was lifted in 2007, and the fruit was up for consumption in all its ‘regal’ glory again. Delicious, juicy and brimming with multiple health benefits, here’s how this tropical fruit can help you –

1. Source of Antioxidants
Mangosteen is a rich source of antioxidants and vitamins. The special antioxidant found in abundance that gives the fruit a superior edge is a class of naturally occurring polyphenol compounds known as Xanthones. Mangosteen has two classes of Xanthones -alpha mangosteen and gamma mangosteen. The mangosteen fruit is said to contain at least 20 known Xanthones, the majority of which are found in the fruit wall or pericarp of the fruit. Xanthones work to reduce oxidative stress caused by free radicals. By damaging the free radicals, these antioxidants protect the body from various diseases, ranging from common cold and flu, cancer risk and heart disorders.

2. Boosts Immunity
The Xanthones coupled with vitamin C found in abundance in mangosteen work wonders for an enhanced and improved immunity system. While Xanthones do their bit in fighting the free radicals, Vitamin C promotes the production and function of leukocytes or the white blood cells, which are majorly responsible for good immunity. The more the count, the more you are protected against infections.

3. Helpful for Menstrual Problems
Mangosteen roots have been traditionally used in different parts of Indonesia for regulating the menstrual cycle in women.

4. Regulates Blood Pressure and Boosts Heart Health
Battling with hypertension? Here is some good news for you. The abundant quantities of potassium, copper, magnesium, and manganese containing in mangosteen can help regulate your blood pressure. Potassium especially weeds out the negative effect infused by excess intake of salt (sodium). It also promotes heart health by maintaining a normal heart rate and keeping the risk of coronary attacks at bay. Mangosteen also reduces the cholesterol levels in your body, thus further checking the blood pressure and the consequent heart ailments.

6. Boosts Skin Care
Mangosteen’s high antibacterial and antimicrobial properties and the star component Xanthone can bring down the risk of many skin diseases to a great extent by repairing the damaged cells. And who can overlook the high component of Vitamin C, which further boosts skin health. Mangosteen has also been used traditionally to treat acne. Its ability to scavenge free radicals coupled with the suppression of the production of Cytokins (major contributor to acne) can prevent your skin from developing acne.

7. Solution to Your Tummy Problems
Mangosteen is high on fiber, which makes it an effective aid to all your digestive problems. It can help ward off constipation. Consuming the pericarp and peel of the delicious fruit has been found effective in providing relief from diarrhea and dysentery. The high fiber composition of the fruit also increases your prebiotics intake, which is good for your intestines.

8. Weight loss
Yes, mangosteen can also aid your weight loss trail. The fruit is rather low in calories, 63 calories per 100 gram, has zero saturated fat, and is free of cholesterol. Plus, it’s rich in dietary fiber. Load up on the wondrous food already!
weight loss

Go take Supreme Mangosteen and get the most of these nutritional and health benefits.

It contains vitamin C, vitamin B6, and Vitamin A which are required for maintaining good health. 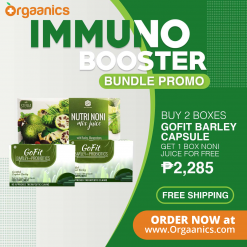 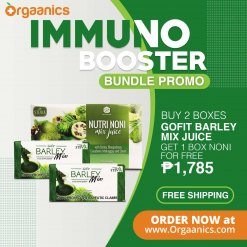 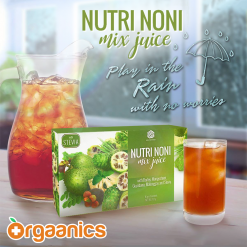 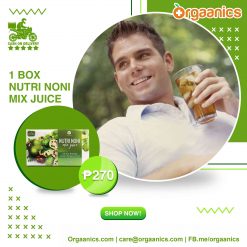